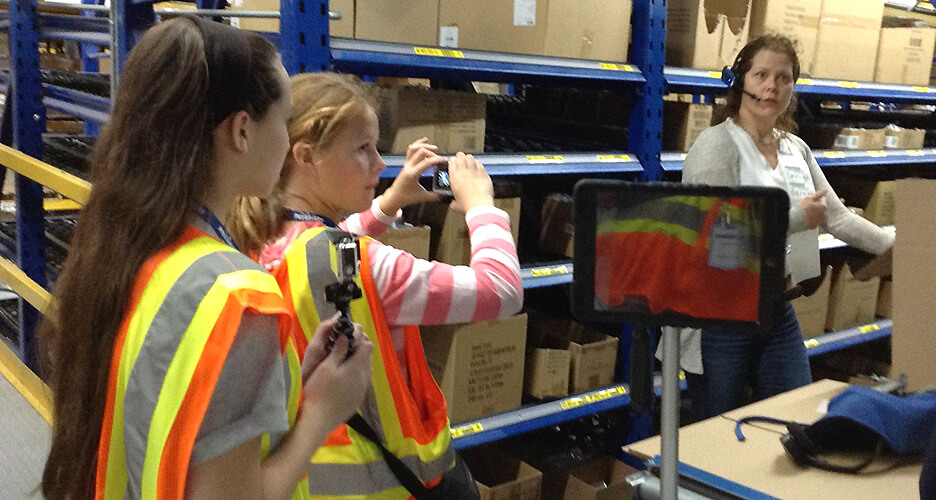 The Manufacturers Resource (MRC) has announced that partners in Berks and Schuylkill counties have joined forces to produce the area’s second annual What’s So Cool About Manufacturing? (WSCM) student video contest.

Hosted on the new What’s So Cool About Manufacturing? website at WhatsSoCool.org, the 2017 Berks Schuylkill Contest will give eighth graders from 15 Berks school districts and 11 Schuylkill school districts the opportunity to connect directly with local manufacturers, document their experiences and present them in an educational and “cool” way through film media. The contest was created to generate excitement that draws students to consider manufacturing career paths. This year, there are 32 middle school teams from the two counties partnered with manufacturing companies in the area. The contest’s expansion reflects the tremendous efforts that MRC, and partners in both counties have put forth in the community.

“What’s So Cool About Manufacturing? is an impactful way to try to change people’s minds. The contest positively promotes manufacturing careers that may be the best path for many of our students,” said Terri Lampe, the MRC’s Business Development Manager for Berks County. “The manufacturers are eager to show off the cool technology and products and services at their facilities. They’re very proud of the significant impact their business makes to the economic health and vitality of Berks County and are excited to be teaming with Schuylkill County manufacturers this year.”

Armed with a GoPro camera, teacher coach, specific guidelines, curiosity and creativity, each team will tour its respective manufacturer’s location and interview employees to gain a primary understanding of that field. The teams will then take their footage and translate what they find to be cool about that manufacturing company or industry into a short video. Training videos that were created for educators are Emmy award winning.

The students’ video submissions will be posted on the What’s So Cool website. The videos will be open to the public for voting in March 2018 for the Viewer’s Choice Award, and judges will determine best videos in a variety of other categories. In March 2018 students, parents, educators, manufacturing leaders, community sponsors, local legislators, and project partners will gather for an award ceremony to announce and acknowledge winning teams.