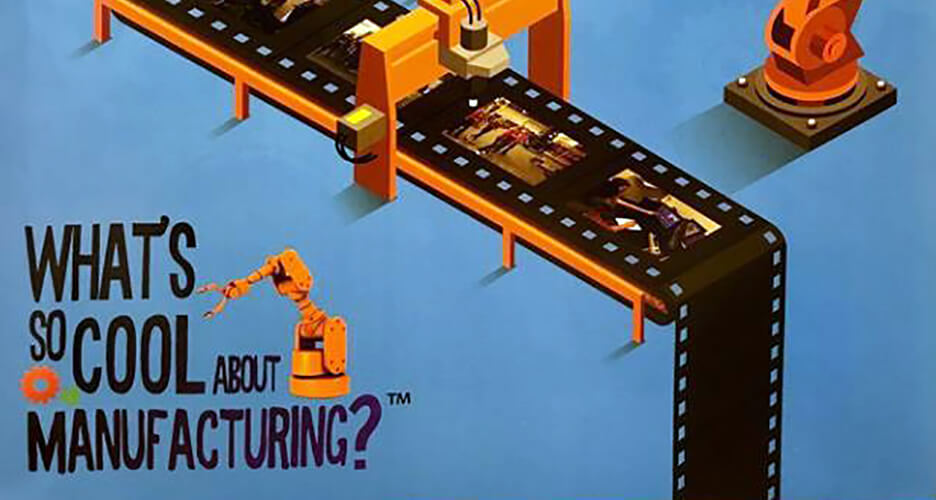 Produced by the National Association of Manufacturers (NAM), MFG DAY events have been held since 2012 to improve public perceptions about manufacturing and inspire young people to explore advanced manufacturing careers. Many events involve visits and tours of manufacturing plants for students, educators, business leaders, news media professionals, and elected officials. The Pennsylvania Department of Community and Economic Development (DCED) has held its Manufacturing Week events to coincide with MFG DAY since 2015.

We are here and getting ready for the #WSCM Schuylkill teacher coach training. #manufacturing #Berks #Schuylkill pic.twitter.com/Im6xdEKyAP

Teacher coach training sessions and preview events were held throughout the week to launch Pennsylvania’s 12 regional What’s So Cool About Manufacturing? contests for 2018. Created in 2013 by the Manufacturers Resource Center (MRC) in Allentown, PA, the contests excite students to explore advanced manufacturing careers and produce profiles of companies throughout Pennsylvania. The student teams and their teacher coaches receive camera equipment, software, and professional guidance as they learn to script, record, and edit their video stories.

Judges in each regional contest bestow a variety of awards, and each contest features an online vote at WhatsSoCool.org for its Viewers Choice Award. The three affiliated contests in the Pittsburgh area, presented by Catalyst Connection in Pittsburgh, are titled Explore the New Manufacturing.

The 2018 regional contests – listed with their presenting organizations and Viewers Choice Award vote dates – are as follows:

This year’s contests will involve students from 39 of Pennsylvania’s 67 counties – a combined area that represents more than 9 million of the state’s 12.7 million residents. Contests are supported regionally by their sponsors and partners. Production support is provided for several contests by PBS39 Lehigh Valley in Bethlehem, PA. The What’s So Cool About Manufacturing? contest format also has been adopted by groups in 11 additional states.