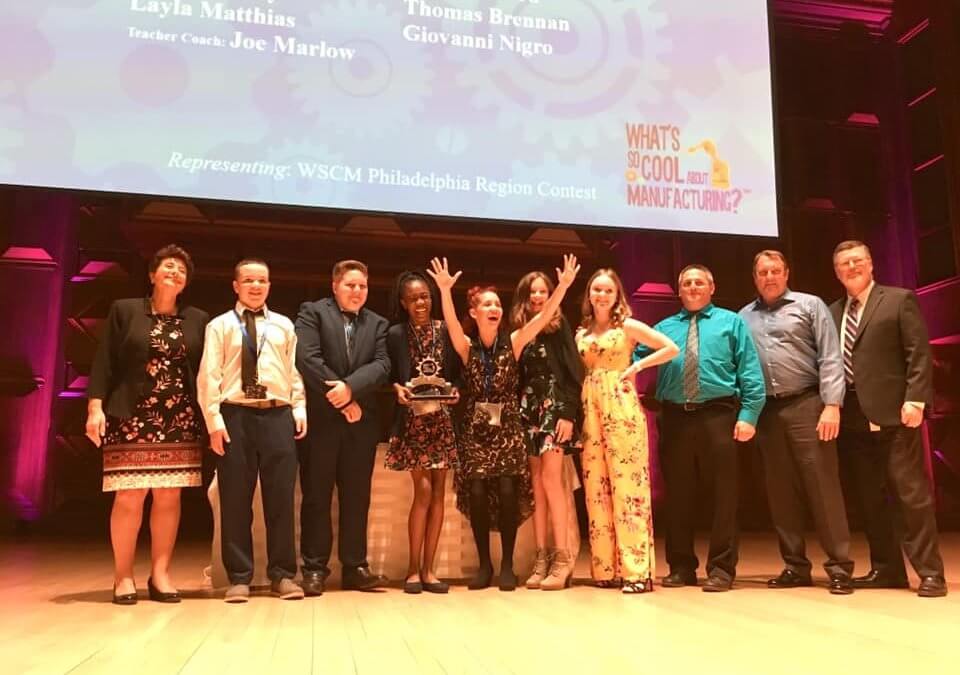 The Best of PA Contest was comprised of nominated videos from each of the 15 Pennsylvania regional video contests during the 2018-2019 school year. A special panel of judges chose the top three videos. The Neil A. Armstrong team’s profile of Macron Dynamics in Croydon, Bucks County, topped the 32 Best of PA Nominees and 239 entries from the state’s 15 contests. Armstrong also had won the Outstanding Overall Program Award from this year’s Philadelphia Region contest.

More than 500 people, including many of the nominated teams, attended the announcement Tuesday at The Forum Auditorium in Harrisburg, PA. The event was sponsored by the Pennsylvania Department of Community and Economic Development, the Pennsylvania Manufacturing Extension Partnership (MEP), and RETTEW.

Created and produced by the Manufacturers Resource Center (MRC) in Allentown, PA, the What’s So Cool About Manufacturing? contests (WSCM) give students the opportunity to connect directly with local manufacturers, document their experiences and present them in an educational and “cool” way through documentary video production. The contest was created in 2013 to generate excitement that draws students towards considering manufacturing career paths. The contest’s format also has been adopted by groups in more than a dozen additional U.S. States.